I was honored with a bronze badge by Polish Kennel Club.

Our kennel Esqueen was registered in 2008 but animals and dog shows were a big part of our life long before that year. My love for dogs started many years ago – in my first family house. I grew up in the company of a Giant Schnauzer, Boxer and a Mutt named Diana. I'm sentimental when it comes to this name as she was the one who taught me how to respect animals. I knew that my home will always have a furry member. 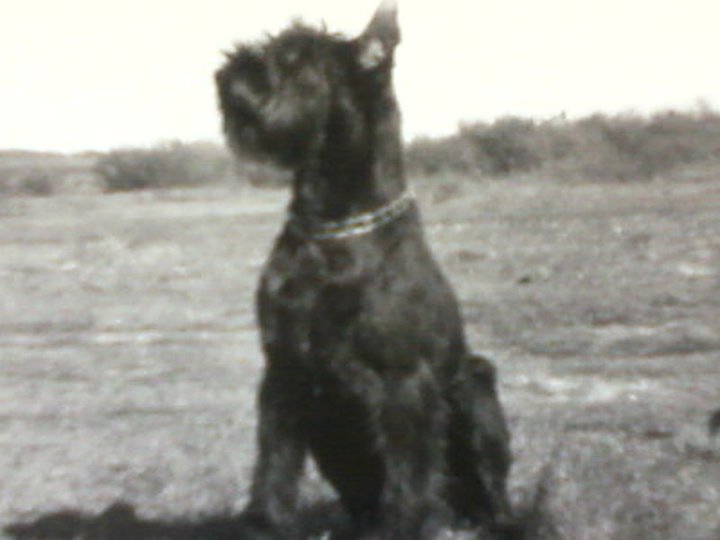 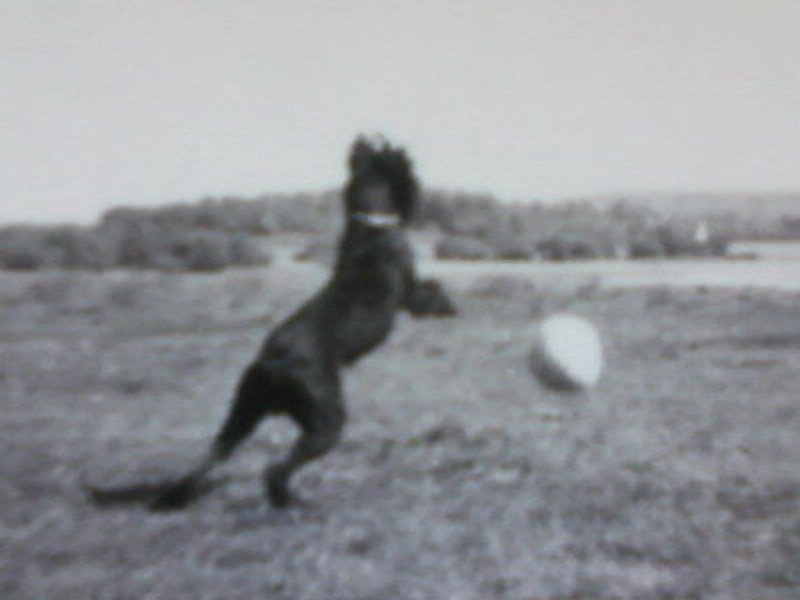 My biggest dream came true in 2003 when together with my husband we decided to buy our first dog. I always wanted to have a Newfoundland. We found Stare Krzepice Kennel where on a lovely sunny day we got out little bear. We could choose from several puppies but there was one, called Eban, that caught our eyes. My first Newfoundland and the first we had to say goodbye to so soon. We got the chance to be his home only for a little over a year. On 17th of November 2004 our biggest happiness was stolen. Even though it has been 11 years since that horrible day my eyes still are wet from tears while writing this. We’ve moved heaven and earth to find him, we had hope for couple of years, and many people have helped us to whom I am very thankful. Veterinarians from all over our country were informed, but all for nothing. On the 17th of November Eban sunk into the ground. 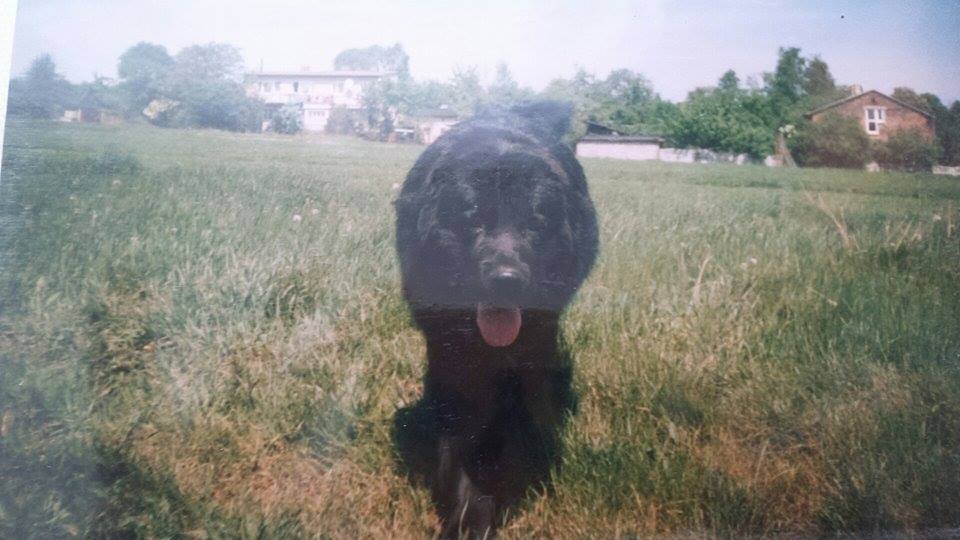 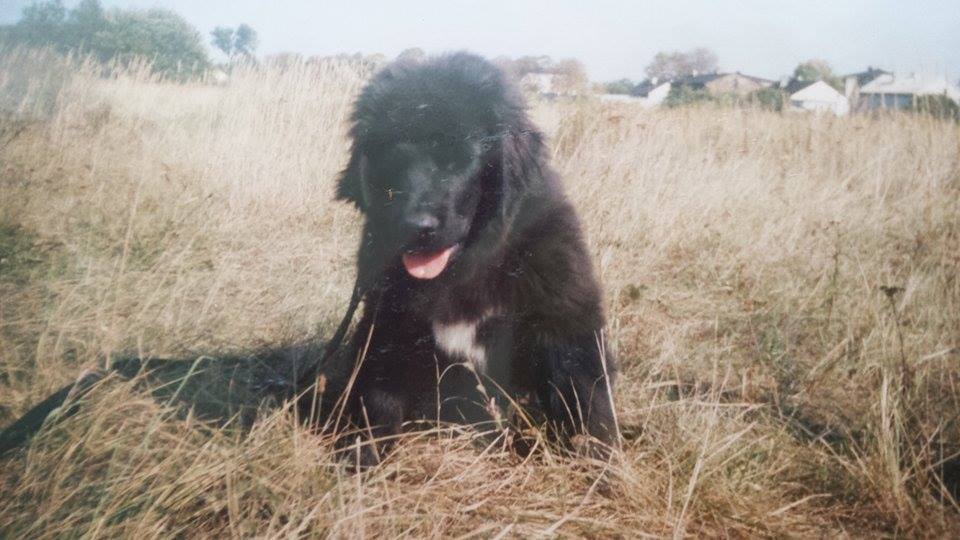 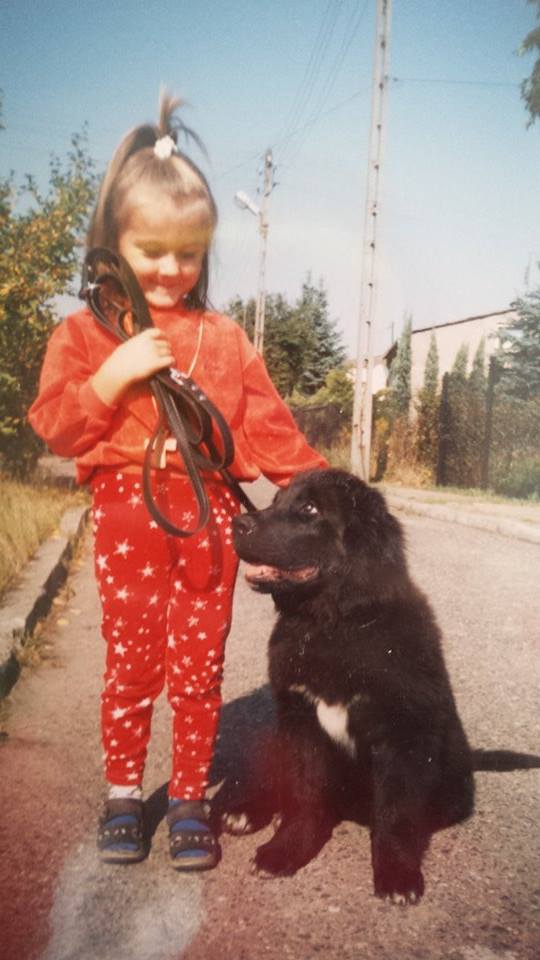 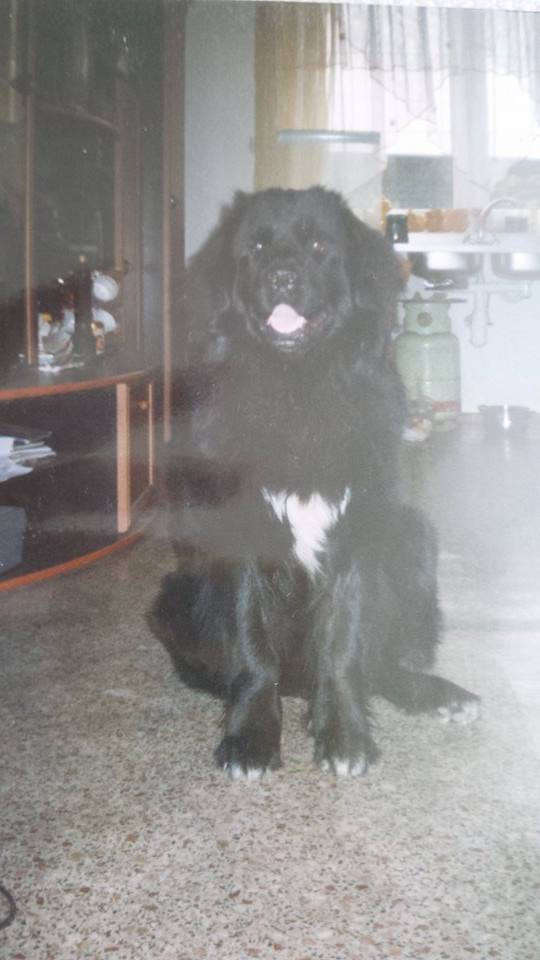 While searching for Eban in animal shelters we found Asta, whom at the beginning was supposed to be Eban :) later it came out that she was a girl but we did not have the heart to leave her there. She was in very poor condition and our home needed a new friend to fill up the emptiness after losing our ‘bear’. The birth date of Asta is not known, she was described as a 5-year-old when we adopted her. She lived 5 more years with us. She was our oasis of calm, faithful friend till her last days.

Some time has passed after we decided to get a next dog. This time we decided that, due to the bad memories, it will not be a Newfoundland. We started looking for a perfect family dog. The Cocker Spaniel breed seemed to have all the features we were looking for. The decision has been made but we did not want a golden one, not a black one… it must be special… must be blue roan. When I found the website of Lastug kennel and saw photos of the colorful litter I knew this was it. We let the breeder choose the perfect one for us. We received Cevin – a Spaniel with a Newfoundland heart! CEVIN CLAIN Lastug, a very positive and devoted boy, was my first English Cocker Spaniel. He is a perfect swimmer and as a real hunting dog he passed all the exams without any preparation. He is also the first dog I showed on dog shows. I need to thank him for his patience to my difficult trainings ;) He was highly appreciated by judges and finished the Junior Champion and Poland Championship titles in no time. 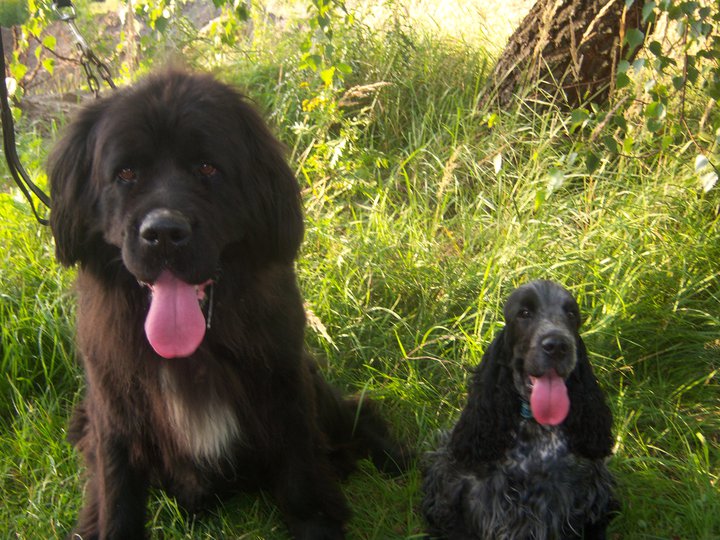 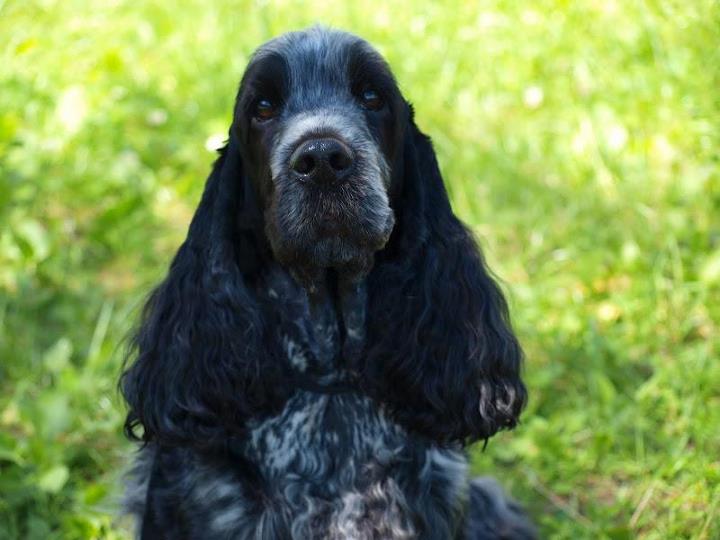 We fell head over heels for this breed and decided to, this time with Sara, to get another dog. This time it was my daughter who chose the puppy. She picked Dami – DANCING QUEEN Lastug, from the same kennel as Cevin. Our blue roan lady with a feisty character jacked up our lazy Cevin. ;) During our visits in Lastug Kennel Sara chose her Dami but my heart was stolen by a different girl… A black and white female with coquettish eye lashes… I couldn’t take my eyes of her… But this time it was Sara making her dream come true so the choice was her. I could not get that girl out of my mind so I phoned Aneta to ask if she was sold. I found out that her new owners changed their mind and she was still looking for a home. After this I knew she was going to be mine! From the breeding perspective it had no sense at all to have three dogs so closely related, however DIRTY DIANA Lastug got me from the first sight. This is how in less than two years we ended up with three Cocker Spaniels from Lastug Kennel – Cevin, Dami and Diana. Even though they all are practically family they all have different characters and temperaments. Cevin is a heart stealer, Dami is a negotiator if she doesn’t like something she won’t hesitate to tell you about it :) and Diana – the reflection of Asta, the oasis of calm, my private princess. Aneta I will be forever thankful for our three ‘babies’. 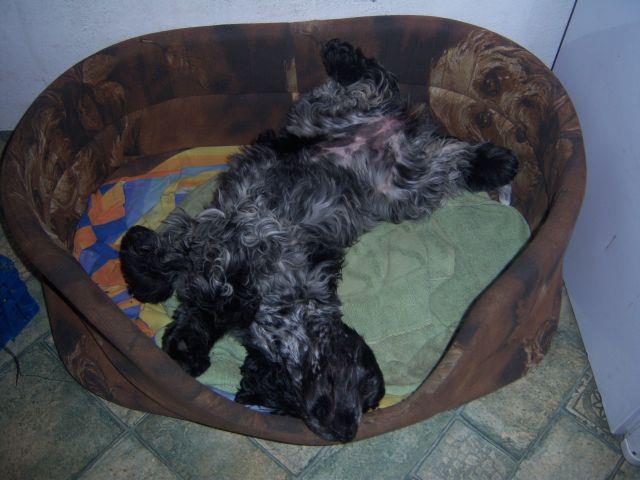 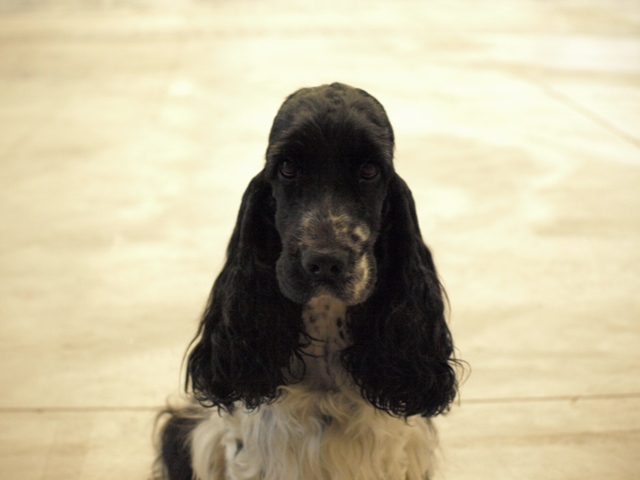 In 2010 Dami had her first litter, all nine puppies found loving homes.

In 2012 I saw a photo of a tricolor girl… Couple months later that girl came to live with us. Milka, DREAM COME TRUE FOR ESQUEEN, was born in Perfect Partner Kennel (Warsaw). She is the daughter of Leading-Light Phenomenan, a very famous orange roan dog. Mili is full of energy, needs lots of activities. She loves Frisbee and swimming. Together with Dami they can run and swim all day long. Even though she is so chaotic, at the same time she is as sweet as a donut ;) and is completely in love with Sara, she is her shadow.

In the same year our family has gained a new member – an Irish Setter. Totally not my cup of tea – I thought at the very beginning. I was sure that a Setter does not suit our family. As he is not a Cocker or a Newfoundland. Sara begged me for two years I finally agreed to Ebony-Sett Flashing Flamenco, the boy of her dreams. After we took him I started to believe that everything happens for a reason and nothing happens without one. ‘Dream dogs’ tend to have everything we expect from them. Flami is a next dog, whom doesn’t take eyes of my daughter. They understand each other without words. I love this guy to bits but this is not the same kind of love I have for Newfoundlands and Cockers. Karolina thank you so much for our red-haired! 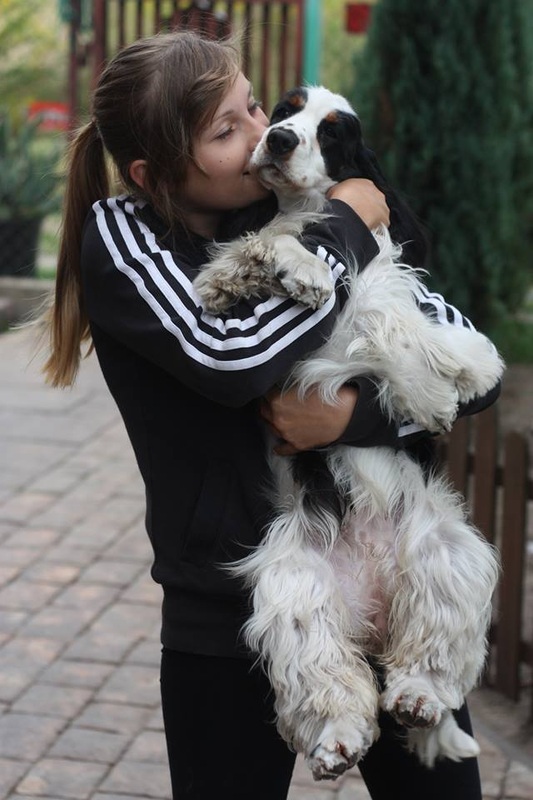 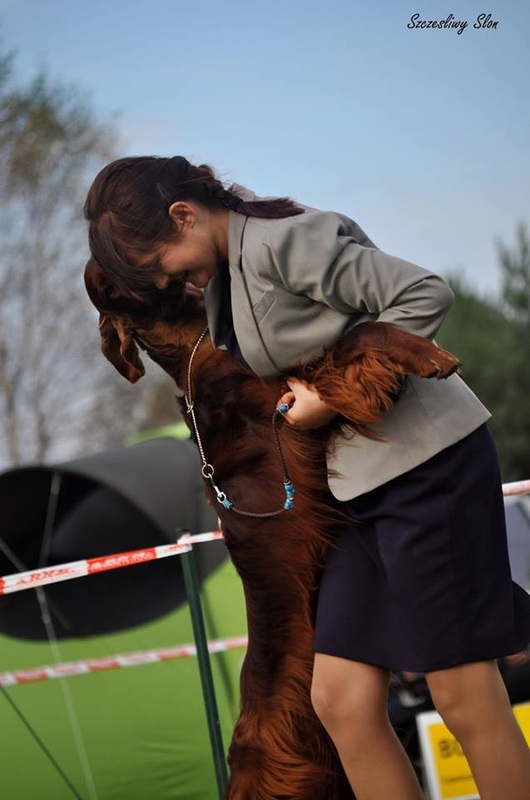 I am sure that these are not the last cockers and setters living with us. There will be more in the future. In 2006 I fell in love with the first breed, in 2012 in the next one… And this is how it’s going to be. Forever.